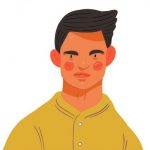 Home… is one thing that gay men cannot take for granted. At least that was the case in 1920’s Nazifying Germany as found out by Walter Spies, whose books Imagining Gay Paradise: Bali, Bangkok, and Cyber-Singapore, was based. The author, Gary L. Atkins, follows Spies on his journey to find home in Indonesia (then the Dutch East Indies), and weaves a powerful narrative of how the idea of a gay paradise grew out of Southeast Asia over a hundred years – between 1910 to around 2012, when the book was published.

But Spies’ was not the only life which the book touches on. Another main protagonist is Thailand’s King Vajiravudh, who also found home in England where he spent almost a decade of his youth being educated and exposed to Victorian ideas that were alien to his native Siam – some liberating, others straightjacketing. There is no doubt he must have paid attention to the most scandalous event in London at the time – the sodomy trial of Oscar Wilde.

The author’s decision to begin the book precisely at the moment of the 28-year-old then-crown prince’s ascension to the throne in 1910 was on point. If Spies became alienated to his “fatherland” and found home in Bali, King Rama VI – as the monarch is also known – could be said to have returned to a Siam he was no longer comfortable with. And in order to modernize the country in the eyes of opportunistic colonizers, the supremacy of romantic heterosexual monogamy would have to replace traditional polygamy among past Siamese kings and commoners.

Surrounded by male “friendship” which cut across classes, the king would go on to define the politics of body, desire and gender than anyone in Thailand’s modern history in the name of “siwilai” – civilized. From then, the book takes a journey on the evolving Thai idea of manhood through several more phrases from the era of Field Marshall Pibunsongkram’s fascist regime, Cold War-era pathologization, and the long forgotten 1965 murder of Darrel Berrigan – the charismatic editor of Bangkok World newspaper – which scandalized Bangkok and propelled Thai society to embark on a discovery of non-normative sexuality and a dreaded foreign word: “gay”.

The chapters on Thailand, which this review focuses on, end with the 1987 opening of the world-famous sauna Babylon, whose rooftop garden evokes the Hanging Garden of ancient Babylonia, and the publicity stunt of a raid it suffered in 2002 under PM Thaksin’s “social order campaign.”

With rolling prose, the author adeptly brings academic rigor to the fluid field of gender and sexuality without bogging it down. Although somewhat dated, the book is a tour de force of Southeast Asian gay history with many hidden gems to be uncovered even by experts. The only obvious thing left unmentioned seems to be the disastrous effects of HIV/AIDS on the “gay paradise” in this side of the world.

As gay rights stall in Southeast Asia, Imagining Gay Paradise helps us take stock of past successes and failures in order to forge ahead. This reviewer certainly hopes there will be more like it to come.

NextThe man who made the Internet .gayNext

Interview with Dro Tisci from the Haus of Tisci

Why Madonna is the Ultimate Gay Icon