A doctor’s guide to HIV prevention 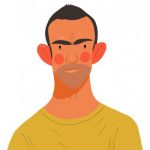 Dr Natthakhet (Deyn) Yaemim, M.D., is the director and co-founder PULSE, a pan-Asian sexual health network of medical clinics and services. He earned his medical degree in Thailand and did advanced studies in Japan and Thailand. He is also affiliated as a researcher with Maastricht University, Netherlands.

There are many ways to prevent HIV. Traditionally, “safe” or “protected” sex means having sex with the use of condoms. But not using condoms can be “safe”, too.

What do I mean?

The US Centre for Disease Control has changed the definition of the term “protected sex” to refer to more than sex with condoms. For example, people with HIV who are receiving treatment and have an undetectable viral load are effectively utilising a form of protection (“treatment as prevention”), as are people who are HIV-negative taking anti-retroviral drugs as pre-exposure prophylaxis (PrEP).

The CDC has also updated their PrEP page to include the following sentence, “Studies have shown that PrEP reduces the risk of getting HIV from sex by about 99% when taken daily.” Click to read more on CDC.

1. The regular and correct use of condoms & lube

Condoms provide an effective strategy to prevent HIV as they stop the passing of fluids from one partner to the other. Condoms are best used with water-based or silicon-based lubricants as they do not compromise the structure of the condom or eat away at the rubber or latex as oil-based lubricants will.

2. The correct use of PrEP

Pre-Exposure Prophylaxis (PrEP) is the regular use of HIV medications by HIV-negative people to prevent HIV infection.

It is a way for people who do not have HIV, that means you have to get tested before you start taking it.

You can not start taking it if you think you are HIV negative, you have to get tested!

PrEP is highly effective for preventing HIV. Studies have shown that PrEP reduces the risk of getting HIV from sex by about 99% when taken daily.

Among people who inject drugs, PrEP reduces the risk of getting HIV by at least 74% when taken daily.

PrEP is much less effective if it is not taken consistently.

People who use PrEP must commit to taking the drug every day and seeing their health care provider for follow-up every 3 months.

Taken as prescribed, PrEP is highly effective at stopping the transmission of HIV and allows people to be in control of their HIV status.

PrEP has the significant impact to reduce new cases of HIV infection in San Francisco, London, Australia and Thailand.

It is an important new option in the suite of HIV prevention strategies and, alongside treatment as prevention, will support our world to meet its target of ending HIV transmission.

Emergency PEP is a 4-week course of anti-HIV medication that is shown to be effective in preventing HIV infection if started within 72 hours of exposure.

The key to PEP is accessing it as soon as possible after you think you may been exposed to HIV. PEP is most effective within up to 24 hours of exposure and unlikely to work if not taken within 72 hours (three days) of the suspected exposure to HIV.

If you believe you have been exposed to HIV, or have exposed someone to HIV, visit your health clinic as soon as possible to get PEP. Read more here about Emergency PEP.

4. Treatment as Prevention (TasP) is the use of antiretroviral medication to prevent the transmission of HIV to sexual partners.

HIV treatments ensures that an HIV positive person’s immune system is healthy and reduces the risk of disease advancement associated with HIV. These treatments suppress the levels of HIV (viral load) in a person’s blood and other bodily fluids to ‘undetectable’ levels.

In recent years, a number of trials (HPTN052, PARTNER, and the Australian study Opposites Attract) have confirmed that TasP is effective at preventing HIV transmission.

There are a number of sexual practices that present no or low risk for HIV transmission that you and a partners can enjoy. These include the following:

List of activities with no risk of HIV transmission

Massage: Massage and rubbing bodies against each other presents no risk of passing on HIV.

Watersports: The terms “watersports” and “piss-play” refer to sexual acts involving urine. HIV is not present in urine so watersports carry no risk of HIV transmission.

List of activities with low risk of HIV transmission

Douching: Douching is a way of cleaning your arse or vagina before being fucked and is done by inserting a tube or douching bulb into your arse and flushing it with water. Douching can increase the risk of HIV infection because it removes the mucous lining leaving you vulnerable if having sex without a condom, when PrEP or treatment as prevention are not being used. Also, using a douche with a nozzle can cause tiny cuts.

BD/SM: The letters BD/SM stand for bondage and discipline, and sadism and masochism, which refer to practices involving dominance, submission, discipline, punishment, bondage, sexual role-playing, sexual fetishism, sadomasochism, and power exchange, as well as the full spectrum of mainstream personal and sexual interactions. Fantasy and role-play are where people act out particular fantasies or role-play characters during sex. Not all role-playing actually involves sex, although some of it does. These activities are generally no riskier for HIV or STI transmission than any other kinds of sex and the same guidelines around safe sex apply. For people who may be into “blood-sports”, extra precautions should be paid to ensure HIV and other blood-borne viruses such as Hepatitis C are not transmitted.

Piercings: Many people find body and genital piercings a turn-on. There are a few things about piercings to be aware of:

• New piercings do occasionally get infected: if this happens to your genital piercing, avoid sex until it has healed as the infection can increase chances of passing on or getting HIV

• Like tattooing, getting a piercing involves penetrating the skin with a needle and so could pass on HIV or other STIs if the needle is not adequately sterilised between piercings.

Oral sex is considered a very low risk practice in regard to HIV transmission.

Caution should be taken with this in mind, particularly directly after dental surgery or immediately after flossing.

Strategic positioning involves two men not using condoms, PrEP or treatment as prevention. It usually involves one HIV negative person and the other being HIV positive, sexually positioning themselves to reduce the risk of passing on HIV. This usually involves the HIV negative partner taking on the insertive position (the top) because a penetrative partner is less likely to acquire HIV than a person who is taking the receptive position (the bottom). Although this reduces the risk, HIV can still be transmitted through rectal fluids.

Serosorting involves sex between people who choose sexual partners who share the same HIV status as them. An example of serosorting practice would be an HIV positive person choosing to engage sexually with another HIV positive person, and the same applies to a HIV negative person engaging sexually with a HIV negative partner. Serosorting is thought to reduce the risk of acquiring or transmitting HIV as partners share the same HIV status (negative or positive).

The key to serosorting is actually knowing both your HIV status and your partners’ HIV status. HIV infections can still occurs using serosorting when people think they are both HIV negative but one person isn’t. Serosorting also offers no protection from other STIs.

Sharing drug-injecting equipment puts you at risk of HIV, viral hepatitis. The guidelines below offer advice on injecting safely and minimise the risk of acquiring HIV and other blood borne viruses.

Needles and syringes (fits): New injecting equipment should be used for every injection. These can be obtained from needle exchanges.

Filters:  Filters should be disposed of and not re-used.

Spoons:  Spoons can be disinfected using a clean swab. Swabs are available from needle exchanges or chemists.

Mixing water:  Sterile water, available from chemists and some needle exchanges, should be used to mix drugs. Recently boiled water, non-carbonated mineral water or the sterile saline solution used for contact lenses can also be used. If the mixing water is used for multiple mixes, make sure that only sterile syringes draw the water from the water container or glass. Never draw water using a used syringe.

Tourniquets:  Tourniquets that have been used by someone else can have tiny, microscopic drops of blood left on them. Therefore it is best to use a new, clean one for every hit. Disposable tourniquets are available from needle and syringe exchange programs and chemists.

It’s important to remember that using recreational drugs can lower your inhibitions and make it more likely you will take risks with sex that you otherwise would not.