What does “undetectable” mean? 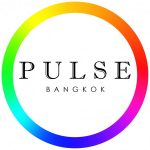 We’ve all seen and heard about the news that some HIV positive gay men are having unprotected sex because their viral loads are “undetectable”. Here’s everything you need to know about what that means.

1. Can a person with HIV who has an undetectable viral load transmit HIV?

No. A person living with HIV on antiretroviral therapy (ART) with an undetectable HIV viral load in their blood for at least six months has a negligible risk of transmitting HIV to a sexual partner.

Negligible means: so small as to not be worth considering; insignificant.

Therefore, HIV experts and health educators have described the transmission risk in public health communications as: “not transmittable”, “no longer infectious”, “zero risk”, “no infection risk”, “do not transmit”, and “cannot transmit.”

2. What is an “undetectable viral load” and what is “viral load suppression”?

Viral load refers to the amount of HIV in a blood sample of a person living with HIV. Generally, the higher the viral load, the more likely you are to transmit HIV.  Both “undetectable” and “viral load suppression” are extremely low measurements of HIV that are virtually the same. The terms are often used interchangeably in public health communications.

For the purposes of the U=U campaign, the term “undetectable” is used synonymously with the term “virally suppressed.”

3. What is the evidence?

The conclusion is based on several studies, including the most recent study called PARTNER, which showed there were ZERO transmissions out of 58,000 condomless sex acts between people with HIV with undetectable viral loads and their partners who are HIV negative.  Since the advent of combination therapy, there have been no confirmed reports of anyone with an undetectable viral load sexually transmitting HIV.

In real world terms, yes the risk is zero. In theoretical terms, the risk is a tiny fraction close to zero. The challenge is that scientific studies can never prove the risk is zero. Through statistical analysis that number will keep getting closer and closer to zero. Researchers agree that because the actual HIV transmission risk is either zero or extremely close to zero, a person with HIV with an undetectable viral load is considered “not infectious” to their sexual partners.

5. Why are some groups saying an undetectable viral load reduces risk by 93-96%?

It’s a widespread mistake when reporting the HPTN 052 study’s findings. This study looked at the transmission risk from the first day a person with HIV starts treatment. The reason there was a 96% risk reduction (based on the study’s interim results) and a 93% risk reduction (based on the study’s final results) is because there were HIV transmissions before ART had the chance to suppress the virus and because treatment did not work properly for a small number of the participants. If only transmissions after the first six months of ART are considered, the risk reduction would have been 100% with a transmission risk of zero.

6. What does ‘Treatment as Prevention’ mean?
Treatment as prevention (TasP) refers to any HIV prevention method that uses ART to decrease the risk of HIV transmission to a sexual or needle-sharing partner, or perinatally. ART reduces the HIV viral load in the blood, semen, vaginal fluid, and rectal fluid to very low levels, and as a result reduces HIV transmission. When the virus in the blood is reduced to undetectable levels, the risk of sexual transmission of HIV is negligible.

7. Does everyone who starts HIV treatment become and remain undetectable?

Nearly everyone who starts ART finds a drug regime that works within six months. About one out of six people will need additional time to find the right treatment due to tolerance and adherence issues. Adherence to treatment and regular viral load monitoring are essential to maintaining an undetectable viral load. People who remain undetectable for a year or more with excellent adherence to treatment, are extremely unlikely to experience a viral rebound, known as ‘treatment or virological failure’. Treatment failure after sustained viral suppression is rare and almost always related to poor treatment adherence.

8. Do viral “blips” increase the chance of transmission?

Viral blips have not been shown to increase the transmission of HIV. Small transient increases in viral load (between 50 and 1000 copies) known as ‘blips’ sometimes result on effective ART when people are adherent, but typically return to undetectable levels without any change in treatment. Unless the viral blips start to increase in frequency, they do not mean treatment isn’t working and are normally not of concern to providers.

9. Does having an STI affect the chance of HIV transmission?

10. Why do some people have detectable viral loads?

Access to adequate healthcare, treatment, and viral load testing are serious barriers in many parts of the world.  Some people who have access to treatment may choose not to be treated or may not be ready to start. Others start treatment but have challenges with adherence for a variety of reasons such as stigma, mental health challenges, substance abuse, unstable housing, difficulty paying for medications, hostile environments, drug resistance, and/or intolerable side effects.

Some people with low but detectable viral loads also cannot transmit HIV. For instance, someone who is virally suppressed (under 200 copies/ml) and still detectable (above approx 40 copies/ml depending on the test) cannot transmit HIV. The major studies on the subject were based on the risk of HIV transmission from people who were virally suppressed.

For people living with HIV who are not virally suppressed or undetectable, there are highly effective options including condoms, and in some parts of the world, PrEP, which can be used individually or in combination to prevent HIV.  Everyone living with HIV regardless of viral load has the right to full and healthy social, sexual, and reproductive lives.

11. How often should viral load testing be done?

12. What if there is detectable HIV in semen, vaginal or rectal fluids but not in the blood?

14. What does this mean for me if I have HIV?
It means that if you are undetectable and stay on HIV treatment, you are likely to be much healthier than if you were not on treatment and no longer need to be constrained by fear of transmitting the virus to others during sexual experiences. It is important to remember that while an undetectable viral load will protect your partners from your HIV, it does not protect them or you from other sexually transmitted infections (STIs) or prevent pregnancy.

15. What does this mean for me if I don’t have HIV?
You need not be constrained by fear of acquiring HIV while your sexual partner is undetectable. However, it is important to remember that while an undetectable viral load will prevent transmission of HIV, it does not protect you or them from other sexually transmitted infections (STIs) or unwanted pregnancy.

16. What does this mean for reproductive health, such as pregnancy and breastfeeding?

17. Should I stop using condoms and/or PrEP if I’m with someone who is undetectable?
Having an undetectable viral load, using PrEP and using condoms are all HIV prevention strategies that people can choose to use alone or in combination. We provide information about the latest science of HIV transmission so people with HIV and their partners can make informed decisions about what works for them. Some people may prefer to use several HIV prevention strategies for a variety of reasons such as to reduce transmission risk anxiety, to prevent other STIs, to prevent pregnancy, or if the partner with HIV has a history of inconsistent ART adherence. Condoms are the only method that helps prevent HIV, STIs, and pregnancy.

However, you may want to consider the pluses and minuses of disclosing for you and your partner. A partner may become upset if they learn about your status after sexual interaction and it can cause unnecessary interpersonal consequences even when there is no risk of transmission. Also, it’s extremely important to keep in mind that many discriminatory HIV criminalization laws exist in some states and parts of the world that require you to disclose your status, even when there is no risk of transmission.

19. Can I trust that my partner is really undetectable?
Just like you cannot tell if someone has HIV by looking at them, you also cannot tell if someone has an undetectable viral load by how they look. Whether or not you choose to trust your partner is a highly personal decision and is likely to depend upon your sexual practices and relationship circumstances. People engaged in consensual sex are responsible for their own sexual health.

20. Does U=U apply to transmission through needle sharing?

U=U does not apply to HIV transmission through needle sharing. There is not yet enough research to draw a conclusion.

Do’s and Don’ts of Threesomes

Do’s and Don’ts of Cuffing Szn

7 Signs he doesn’t want a relationship