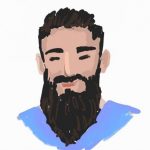 Dr Love is an expert on sexual health and well-being, and believes everyone can have a healthy and fulfilling sex-positive life. Have questions? Send them to askdrlove@asia.gay.

I have had a lot of mothers bringing their gay sons to me, asking me to change them. To be honest, I wish their sons would tell their mothers: “Mom, the only person here who needs to change is you”.

(Of course, I’ve never said this out loud, only in my mind.)

Regarding sexual orientation, evidence shows that it starts to appear between middle childhood and early adolescence. The orientation will dictate attraction, but this does not mean that people will express their sexual orientation in their behaviours. Behaviours may be heavily influenced by pressure from families, relationships, or general society.

In other words, it is possible to be attracted to the same sex without acting on it. This is how some people live a fully heterosexual life for decades before embracing a homosexual relationship after their kids finally leave home for college.

To change or not to change

In 1973, The Board of Trustees for the American Psychiatric Association voted to remove homosexuality from the Diagnostic and Statistical Manual of Mental Disorders and thus formally declassified it as a mental illness.

Sizable group of religious leaders, as well as a number of mental health professionals, advocate that conversion therapy, can change a person’s sexual orientation from homosexual to heterosexual. The National Association for Research and Therapy of Homosexuality also assert that homosexuality can be treated by addressing unwanted homosexual feelings.

But the conversion therapy won’t work for a number of reasons, namely:

The lack of evidence

No credible scientific study has ever supported the claims of conversion therapists to actually change a person’s sexual orientation. A 2009 report by an American Psychological Association Task Force1 found that “results of scientifically valid research indicate that it is unlikely that individuals will be able to reduce same-sex attractions or increase other-sex sexual attractions through [sexual orientation change efforts].”

In recent years, many former ex-gay leaders have come out to declare that conversion therapy is not effective and never was.

The therapy can be harmful by reinforcing stereotypes.

Negative attitudes about homosexuality contribute to discrimination. Research on the issue of family acceptance of LGBTQ youth conducted at San Francisco State University found that compared with LGBTQ young people who were not rejected or were only a little rejected by their parents and caregivers because of their gay or transgender identity, highly rejected LGBTQ young people were:

Conversion therapy amplifies the shame and stigma so many LGBTQ young people already experience. Parents who attempt to change their child’s sexual orientation or gender identity instill feelings of family rejection and risk, which can seriously fracture their relationship with their child.

A 2018 study by The Family Acceptance Project3 found that:

a. Rates of attempted suicide by LGBT young people whose parents tried to change their sexual orientation were more than double (48%) the rate of LGBT young adults who reported no conversion experiences (22%).

b. Suicide attempts nearly tripled for LGBT young people who reported both home-based and out-of-home efforts to change their sexual orientation (63%).

c. High levels of depression more than doubled (33%) for LGBT young people whose parents tried to change their sexual orientation compared with those who reported no conversion experiences (16%), and more than tripled (52%) for LGBT young people who reported both home-based and out-of-home efforts to change their sexual orientation.

Accepting who you are

For some people, accepting homosexuality is easier than for others. There are several factors that affect whether someone has a positive or negative experience. Fear of family rejection, discrimination, or being exposed can add stress to an already difficult situation. Acceptance is an important psychological step, and is an on-going process.

How can we make other people accept us if we don’t accept ourselves? There are so many steps for acceptance to be able to live a healthy life as a homosexual man. It starts with accepting yourself, then your family, then close friends, then in the workplace, and then the rest of the world.

Remember you are not alone and there are places to turn for help. If you want to talk to me I am available at askdrlove@asia.gay.