Getting HIV from oral sex – is it possible? 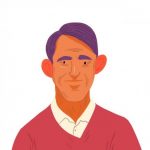 Dr Tan is a medical doctor in private practice focusing on men's health, and a contributing author of the Singapore HIV PrEP prescribing guidelines and the Blueprint to end AIDS and HIV transmission in Singapore by 2030. Read more of his articles at http://drtanmenshealthblog.com.

Is it possible to get HIV from oral sex? Despite more than 35 years of research into HIV, the answer to this question remains frustratingly elusive. Almost every expert and website will give the same answer and that is “the risk is very low but not zero,” then invariably launch into the multiple ways one should protect oneself during oral sex like using condoms and dental dams.

While all this is very sound advice it does not actually answer the question. So in this article, I will attempt to provide as much information and detail as possible.

The thinking is straightforward: HIV virus is found in semen and vaginal fluid. When semen and/or vaginal fluid comes into contact with the buccal mucosa (wet lining on the inside of the mouth), the HIV virus can infect that person. Also, there is a lot of theory on ulcers, gum disease, abrasion of the gums, recent dental work etc increasing the risk of HIV transmission.

There are many more theories as to why HIV transmission via oral sex is not possible. This ranges from the presence of various chemicals and antibodies in saliva that will inactivate the virus. To the fact that the saliva is very dilute (low osmotic potential) and hence will make the viruses burst. And the fact that high saliva flow rate will wash the fluids away before it has a chance to infect.

Now, personally I feel that theoretical discussions can go on all day and they really do not contribute much to answering the question. I prefer to look at hard facts. So I am going to focus on that in this article.

First of all, let’s look at what well established health authorities have to say on HIV transmission via oral sex.

ASHM – “unable to estimate risk – very low”
US CDC – “low”
BHIVA – “< 1 in 10,000”
Alberta Health – “low but not zero (0.01%)”
New York Health – “Low. HIV transmission has been documented, but rarely. Accurate estimates of risk are not available. It is prudent to consider non-occupational PEP for receptive oral sex with ejaculation, although discussion about the low risk should occur”.

This last one intrigued me. Were there actually cases of HIV transmission via oral sex that was documented?

So I went digging. Yes there were several case reports of HIV transmission via oral sex published in the 1980s and 1990s. They all depended on the patient self-reporting that they did not perform any other sex act aside from oral sex. Also there was no genetic confirmation test.

Sorry, let’s take a step back here. The gold standard to prove HIV transmission is not only a history of exposure but also finding HIV viruses with the same genetic fingerprint in both individuals. This is how we know for sure HIV transmission is possible from female to female.

Because there was a case report of a same sex sero-discordant (one was living with HIV while the other was not infected with HIV) female couple. The partner without HIV was subsequently infected with HIV. And genetic studies found that the HIV she was infected with was genetically identical to the HIV strain that her partner has.

I did not find a similar report for HIV transmission via oral sex.

Furthermore, these were all case reports. In other words, they are individual cases reported by doctors. They are at best anecdotal evidence.

What about bigger studies?

In fact, a study conducted in 2002 involving 135 heterosexual HIV sero-discordant couples who performed only unprotected oral sex found not a single HIV infection. It was estimated that there was a total of 19,000 unprotected oral sex exposures with an infected partner in this study.

Another study also conducted in 2002 this time among 239 men who have sex with men. They all practiced only oral sex for 6 months. 28% of them had a known HIV-positive partner. Again, not a single case of HIV transmission was detected.

A very common number you will hear being bandied around is 0.04%. As in the risk of getting infected with HIV for the receptive partner in oral sex (the partner using the mouth) in men who have sex with men is 0.04%. This number was actually derived from a study published in 1999.

The study was on 2189 “high-risk homosexual and bisexual men” in the US from 1992 to 1994. Out of the study group, there were 60 new HIV infections. Using a mathematical model, the estimated per-contact risk of receptive oral sex with a HIV-positive or unknown status partner was 0.04%. Again, there was no proven case of HIV transmission via oral sex. This is an estimated risk using statistical models.

In 2014, a systematic review was published in the journal AIDS attempting to estimate the per-act HIV transmission risk. It has a great section discussing the risk details of oral sex. It also took into account the study we just talked about above regarding the 0.04% risk.

Here are the other points in the systematic review:

The review admitted that they were “unable to provide a precise numerical estimate” of risk. And that for oral sex where no HIV transmission were observed out of a large number of acts, they used the Clopper-Pearson exact binomial 95% confidence intervals. Using this statistical model, the HIV transmission risk for HIV in oral sex is 0 to 4 in 10,000 within a 95% confidence limit.

There are of course many many many more studies and case reports on HIV transmission and I cannot possibly go through all of them. My take home messages are:

It is impossible to prove a negative

This is really the crux of the problem. We know that HIV transmission via oral sex is “biologically plausible”. So the fact that we have not seen a confirmed case of HIV transmission via oral sex does NOT prove it is impossible. It is exactly like saying just because we have never seen aliens does not mean aliens do not exist. Because it is certainly “plausible” that aliens do exist.

Because of this we will never be able to absolutely put our foot down and say with complete and absolute certainty that HIV transmission via oral sex is impossible.

The responsibility of doctors

So it is much easier and safer to tell patients to use condoms and dental dams for oral sex. Yes we do understand that these barrier devices take away a lot of the pleasure or a sexual encounter. However, you would understand that doctors naturally prioritise safety when we give our patients advice.

My final thoughts on this question

If you have just had an oral sex encounter and are worried about getting HIV, you really should not be. The chance of you actually getting infected is as statistically close to zero as you can get. That said, the only way for you to be absolutely sure is to go for a HIV test.

If you develop a sore throat after oral sex, do not worry. It is not likely to be due to HIV. If your exposure was less than 72 hours ago, see your doctor urgently to discuss if you require HIV PEP or not.

Why does it hurt when I pee? Here are 5 reasons why.

You probably already have herpes. Here’s what you need to know

What is HPV & what can you do about it

PrevPreviousTime to get that post-pandemic summer body back. Here’s how
NextWhat is HPV & what can you do about itNext